* In case of any delay in receiving the OTP, you may verify it later. Please proceed without verification.

Enter your City name or Pincode

Tadepalligudem is located in the West Godavari district of the south Indian state of Andhra Pradesh. It is the agricultural and commercial hub of West Godavari district and is popularly 'Annapurna of Andhra Pradesh'. A large part of the population of Tadepalligudem is employed in agriculture and the various industries in the region. There are many religious tourist attractions in and around Tadepalligudem which are visited by hundreds of devotees each year. The two has seen a major industrial boom in the past decade and is slowly becoming a hub for manufacturing and industries. Tadepalligudem is known as an industrial town, rather than as a residential.

Geography and Climate of Tadepalligudem 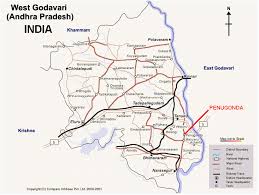 As mentioned above agriculture forms a major chunk of the economy of Tadepalligudem. The region is known for jaggery, onion, and rice cultivation. There is major fruit market in Tadepalligudem as well. Sugar, turmeric, and bananas are also grown in and around Tadepalligudem. Mangoes and onions from Tadepalligudem are exported to Bangladesh, Malaysia etc. The Western Delta Canal of Godavari River is the major source of irrigation and drinking water for Tadepaligudem. It flows through the city and separates it into two divisions.

Over the past few years the city has seen a tremendous industrial growth. Since rice is cultivated in abundance in the region, there are various rice mills in and around Tadepalligudem. Some other large scale industries in the region include - palm oil, rice bran oil, raw materials for fertilizers, and soap oil.  Apart from these some small scale industries are also flourishing in Tadepalligudem which include chalk, candles, and cashew grading.

Tourist Attractions in and around Tadepalligudem

Apart from being an industrial hub, Tadepalligudem is a popular tourist getaway as well. It is steeped in history and offers a perfect blend of traditional heritage and modern values. Some of the most famous places to see in Tadepalligudem are -

We all love taking a break from our routine and heading to a quant place. There are many beautiful places around Tadepalligudem that are ideal for short trips and weekend getaways. Since the city has a great road and rail connectivity, travelers can easily head out using both public and private transport. So the next time you are in Tadepalligudem and are planning a weekend trip, considered the following options. 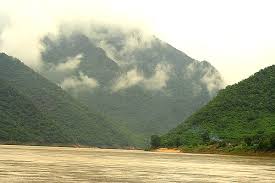 Papi Hills are also known as Papikondalu and are situated at a distance of 170 km from Tadepalligudem. A destination that has abundance of nature’s bounty, it is the perfect place to relax and unwind. Lush green forests and beautiful lake make the postcard setting. Head to Papi Hills and you’ll come back totally refreshed and rejuvenated. 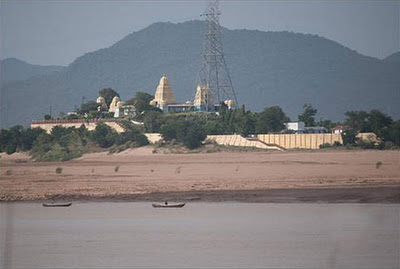 Take a break from the chaotic urban setting and head to Pattiseema for a heavenly experience. It is a small village in West Godavari district and is known for its beautiful locales and warm people. Sri Veereswara Swamy Temple is the most popular attraction of Pattiseema and attracts devotees from far and wide. The village is situated at a distance of about 66.5 km.

Eluru is a famous city in West Godavari district. It is the district headquarters of the district and is located at a distance of 51 km from Tadepalligudem. Travelers can easily reach Eluru and soak in the tranquility of the place. There is something for everyone in Eluru.

The region around Tadepalligudem is popular for its religious tourist attractions. There are various ancient temples in the vicinity which attract a large number of both domestic as well as international tourists. 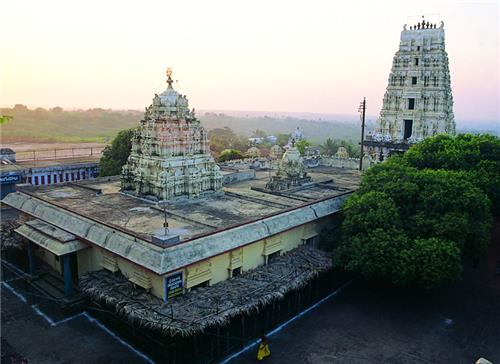 Widely known as the Chinna Tirupathi, Dwaraka Tirumala is dedicated to Lord Venkateswara Swamy and is situated on Seshadri Hill. Legends say that the idol of Lord Venketeswara was found by saint Dwarka and that’s how the place got the name Dwarka Tirumala.  It is located at a dist ance of 45 km from Tadepalligudem.

Kanak Durga Temple is a famous Hindu temple dedicated to Goddess Durga. It is located in Vijaywada, at a distance of 114 km from Tadepalligudem. The beautiful temple is known for its intricate architecture and history.

Bhimavaram Temple is also known as Somarama Temple and is located in Bhimavaram town of West Godavari district in Andhra Pradesh. It is dedicated to Lord Shiva and is a very famous religious tourist attraction of the region. Lord Shiva is worshipped as Someswara Swamy at this temple. The temple is located just 33 km from Tadepalligudem.

How to Reach Tadepalligudem 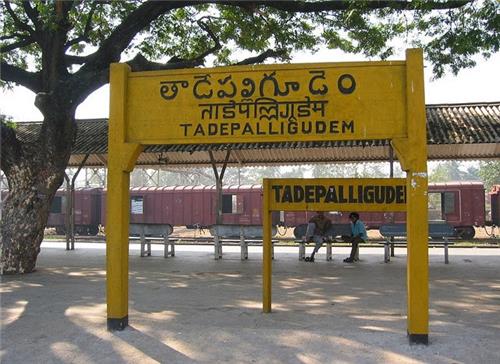 The broad gauge section of Visakhapatnam-Vijayawada section of Howrah-Chennai main line passes through Tadepalligudem. There are daily express and passenger trains from Tadepalligudem to Chennai, Delhi, Hyderabad and Kolkatta. The Tadepalligudem railway station is situated between Eluru and Rajahmundary, which is the busiest line in South Central Railways. It is the biggest station in the district and nearly all major trains halt here.

By Air
Tadepalligudem has an airport but it is not functional. The airport has a 2.45 km long runway and was built by British to accommodate aircrafts during World War II. The runway is still visible. Recently the state government has proposed for expansion of the airport.

The nearest airport to Tadepalligudem is in Rajahmundary at 61 km.

Comments / Discussion Board - About Tadepalligudem